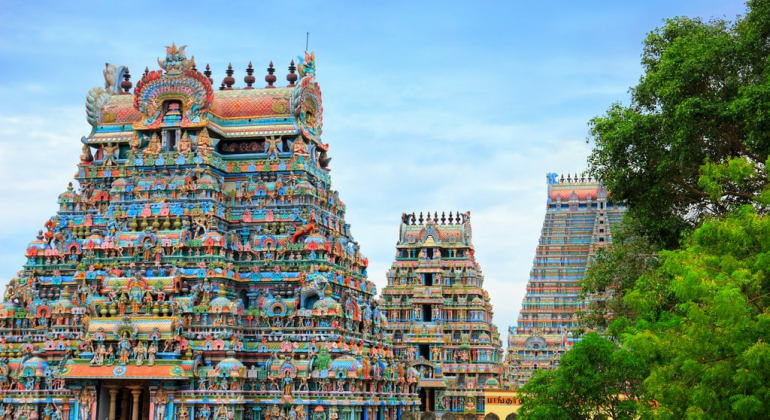 Chennai to Madurai is nearly 475km by road. Madurai is the third largest city in South Indian state of Tamilnadu , situated on the banks of River Vaigai. It is popularly called as “Thoonga Nagaram” meaning with active city all around the day and night and also called by other names “Malligai Maanagar” , “Koodal” , “Thirualavai”. The City attracts a large number of tourist visitors from all over the place. Most of the place has been covered with kadamba forest and also called as “Kadambavanam”.

Please find the rates for Chennai to Trichy trip and it is required minimum 2 or 3 days to visit all these temples.

Your message is successfully sent...